Public outdoor company valuations shrank slightly during the third quarter of 2016 as this chart demonstrates: 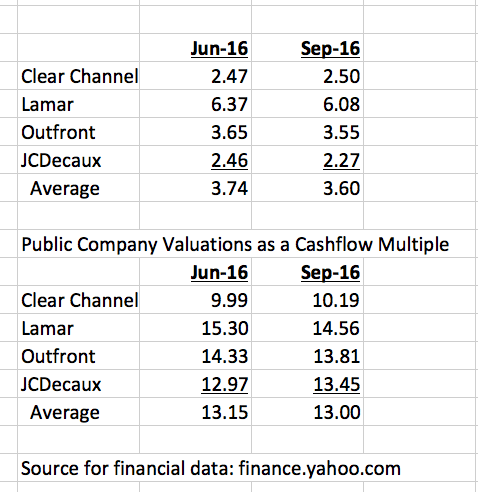 Out of Home News From Billboard Insider